DogeCoin: Elon Musk says Twitter Blue should accept it as a payment option

Elon Musk, the CEO of Tesla and SpaceX, has been a big proponent of Dogecoin, regularly tweeting about the cryptocurrency. Now, he’s saying that Twitter Blue should allow users to buy subscriptions with Dogecoin.

In a series of tweets on Sunday about Twitter Blue costs, he said it “should be proportionate to affordability & in local currency” suggesting Doge as a payment option.

Maybe even an option to pay in Doge?

Dogecoin has seen a surge in popularity this year, thanks in part to Musk’s endorsement. The cryptocurrency is currently trading at around USD $0.15 (AUD $0.21).

If Twitter were to allow users to buy subscriptions with Dogecoin, it could further increase the cryptocurrency’s adoption and usage.

Why does Elon Musk want Twitter to accept dogecoin?

There are a few reasons why Elon Musk, the founder of Tesla and SpaceX, wants Twitter to start accepting Doge as a payment option. First, he is a big fan of cryptocurrency and believes that it has a lot of potentials. Second, he wants to help promote its use and adoption by mainstream businesses and organizations. And third, he thinks it would be a fun way to get more people involved in the crypto world.

Dogecoin has already gained a lot of traction in recent months, thanks in part to Musk’s vocal support. The coin has also been endorsed by other celebrities like Snoop Dogg and Mark Cuban. If Twitter were to start accepting dogecoin, it would give the currency a major boost in legitimacy and could help lead to even more widespread adoption. 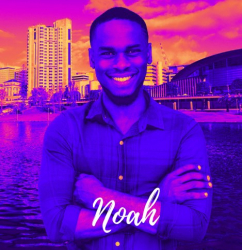 Noah Jones
Crypto Journalist at Crypto.auz.net
Noah is a crypto-journalist born in Miami (Florida), but He currently lives in Adelaide (Australia).
He has over 7 years of experience in crypto trading.
noahjones@crypto.auz.net Market Analysis: Crypto Top Stories
BTCUSD:  Bulls to Dominate the Zone for the Price to Rise is Expected
September 16, 2022
0 630